The benefits of breastfeeding are many. They include: nutritional, immunological, cognitive, decreased morbidity and mortality, analgesic effects, decreased costs (products, healthcare), decreased risk of allergy, and improved jaw development and dentition(1). Exclusive breastfeeding is recommended as the best form of feeding in the first six months(2).

60% of mothers who cease breastfeeding do so earlier than desired. There are numerous reasons why mothers stop breastfeeding. These include maternal and infant factors, as well as societal and environmental factors. Infant related factors are important reasons for breastfeeding cessation with reported trouble sucking or latching (26%), self-weaning (26%), nipple problems (20%), and pain (15%) being significant contributors(3). 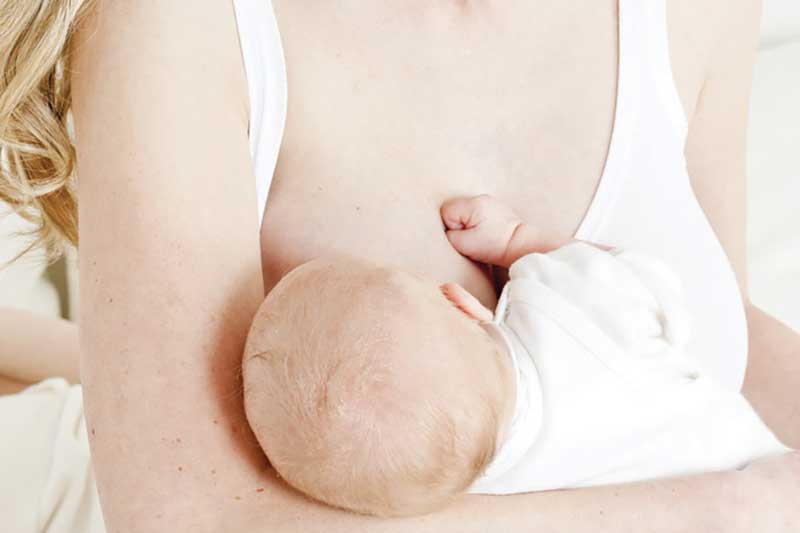 These infant factors may have a secondary effect on other important factors such as perceived milk supply, perceived satisfaction, maternal pain, maternal confidence, and desire to continue. For example, studies have shown that milk stasis is the primary dysfunction in mastitis, and that attachment and side preference is the most significance contributor to milk stasis(4).

There have been numerous case reports showing the benefits of chiropractic care for those with breastfeeding difficulties.

One case series study looked at the response to chiropractic care of 114 infants with suboptimal breastfeeding(5). All showed some improvement, with 78% of the group able to exclusively breastfeed within 2-5 visits and within 2 weeks. The most common physical findings were cervical posterior joint dysfunction (89%), temporomandibular joint (TMJ) imbalance (36%), and inadequate suck reflex (34%).

Dr Adam Stewart has completed a study at Chiropractic Children’s Healthcare on 19 mothers and their babies with breastfeeding difficulties(6). In a group of infants, Dr Adam sought to establish:

There were improvements in breastfeeding in every patient. Improvements occurred in every characteristic monitored. The most significant areas of improvement occurred with attachment to the breast (100%), arching (94%) and shaking (88%) once attached, overall stress of feeding (84%), pain when feeding (77%), and side preference (64%). The most common problems occur at the upper cervical, shoulder, sacral, elbow and wrist regions(6). TMJ and cranial dysfunctions are also commonly involved. The next step is to obtain funding for a case series study on 80-100 babies.

Arching (extension) type movements of the neck/body when trying to latch. This can occur on both sides (bilateral), or only one side (unilateral). These babies are often unsettled, have poor swallow, and/or a head preference/head asymmetry/plagiocephaly. Other symptoms may appear “reflux” like.

General fussiness occurring only on one side with pain, crying and pulling off, which starts after attachment and continues throughout the feed. These babies are often unsettled, with poor sleep, hate/dislike tummy time and dressing. Poor suck and swallow Suck dysfunction may include poor tongue movement, mouth movement, rooting/sucking reflexes, and clicking noises. A very strong suck (the “chomper”) that hurts the nipple can occur due to pain. Other signs include excessive choking, gagging and coughing. Falling asleep at the breast Certain specific problems can affect arousal levels, thus affecting full completion of feeds.

A combination of multiple patterns

Problems such as mastitis, tongue-tie, low milk supply, and maternal stress complicate the breastfeeding process, and these issues may need to be addressed concurrently. Referral for lactation consultant or maternal child health nurse advice is often required.

We wish to acknowledge the source of this information is from Dr Braden Keil, Chiropractor, chirochildhealth.com.au